TORONTO, Oct. 27, 2021 – How are warming temperatures and a loss of sea ice affecting polar bears and their marine mammal prey in the Arctic? A York University-led research team used a novel approach to the question by monitoring what polar bears eat across Nunavut and where they are catching their prey.

They found that polar bears can be used as indicators of environmental shifts and highlight how these changes are disturbing the normal distribution of marine mammal prey populations in the Arctic. 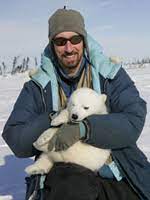 The researchers, including Faculty of Science PhD Candidate Melissa Galicia, who led the research, and Professor Gregory Thiemann of the Faculty of Environmental and Urban Change, have found polar bears, originally thought to eat mainly ringed and bearded seals, are actually flexible eaters. They will eat what’s readily available and this makes them ideal as a monitoring tool to track environmental changes in the Arctic.

“Polar bears need the sea ice to hunt. When there is a reduction in the sea ice, they’re hunting less or they’re potentially hunting different prey species,” says Galicia. “Prey species, like whales and seals, also need certain habitat conditions and because of environmental changes in the Arctic, some marine mammals, such as prey species of bears, are redistributing. You’re getting an increase in more sub-Arctic species, like killer whales for instance.”

The researchers analyzed harvest samples of polar bears from across Nunavut, provided by subsistence hunters over a period of about eight years, and identified spatial hot spots of prey species. The study suggests polar bear diet may provide early evidence of changes in the distribution of mammals due to climate change.

“I’m getting a large geographic representation of bears, especially in areas that tend to be less studied,” says Galicia, who was able to analyze the fatty acids, such as omega 3s and omega 6s, in the fat tissue of bears.

“Each bear will have a specific fatty acid signature, a kind of fingerprint for individual bears and because of that you can see what that particular individual is eating and what percentage of their diet that represents.”

The researchers say changes brought on by a warming climate – the Arctic ecosystem is experiencing climate warming up to three times faster than any other region – will likely force widespread species redistribution, particularly in polar environments. The polar bears in Nunavut aren’t experiencing climate changes to the same degree as some subpopulations in western Hudson’s Bay or Beaufort Sea areas, but ultimately that will likely change.

“As temperatures across the Arctic warm and sea ice loss increases, there will be profound cascading ecological consequences. What’s not known is how that will affect species, such as seals and whales, but by monitoring the seasonal prey consumption of polar bears, scientists can better keep track of where marine mammal prey species are showing up and their seasonal distribution,” says Thiemann.

There is currently little information on the abundance and distribution of marine mammals across the Arctic so this study offers a way to gain further insight and highlight potential range shifts.

The researchers say future studies of polar bear diets should include prey species not typically found in the region and help predict the severity and influence of climate-induced change.

The paper, "Polar bear diet composition reveals spatiotemporal distribution of Arctic marine mammals across Nunavut, Canada," online now will be published in the December issue of the journal Ecological Indicators.