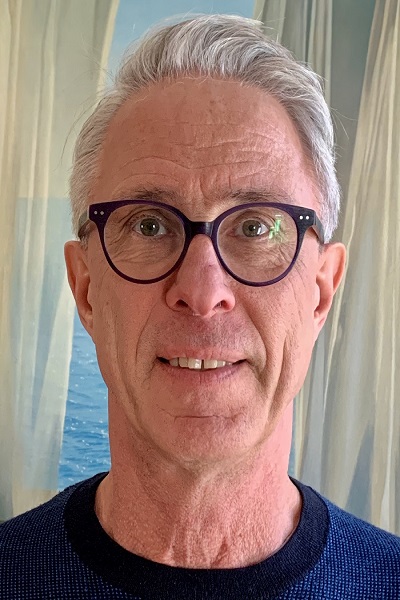 I am a political scientist working on local, urban and regional politics and I have made my intellectual home predominantly in urban geography and urban studies. My substantive research areas are urban political ecology, cities and infectious disease and global suburbanization. Governance and politics remain the connecting tissue between these areas. This means I am particularly interested, in my research and teaching, in how we govern ourselves, our societal relationships with nature, our mobilities and our health in cities and suburbs. As the founding director of York University’s City Institute (CITY) (2006-13), I led a large international project on “Global Suburbanisms: Governance, Land and Infrastructure in the 21st Century” (2010-19). A book series with the title Global Suburbanisms and a short monograph on our Suburban Planet capture this work. Subsequently, from 2015-9, I held a York Research Chair in Global Sub/Urban Studies.

The relationship of urbanization and infectious disease has been a main interest of mine from SARS in 2003 to the COVID-19 pandemic in 2020. My York sociology colleague S.Harris Ali and I have generated a series of highly recognized articles and our edited book Networked Disease (2009) which was named recently as one of “ten books that offer lessons from past pandemics” by the Globe & Mail. I am a co-investigator with Ali and other scholars in an IDRC sponsored research project led on community responses to Ebola in West Africa and the DRC and am currently working on a number of COVID-19 related project.

Canadian cities and their residents face significant challenges due to climate change and the rising frequency and severity of disasters that couple with the aging infrastructures and technological disruption.

The socio-economic and environmental resilience of Canadian cities requires enabling conditions where healthy individuals and communities can thrive, and where institutions,organizations and infrastructures can adapt swiftly and appropriately to the new and emerging conditions through timely and embedded adaptation, mitigation, preparedness, response and recovery strategies that are science and evidence-based. Such conditions are not automatic but rely on political decisions, democratic process and community involvement at all stages of design and implementation. Today’s challenges require a new generation of highly qualified personnel (HQP) equipped with skills and training to be able to facilitate and conduct collaboration across sectors, services and professional or disciplinary silos, as well as an enhanced ability to work directly with urban residents, decision-makers, and other stakeholders. We will develop a Healthy Cities Training Initiative, whose Network and Platform will interact synergistically to produce a new generation of leadership and innovations to enable the conditions for resilient, healthy Canadian cities. We will create a Network of academics and their collaborating stakeholders across municipal, provincial and federal levels to mentor and develop trainees for development of an effective, data driven, intelligent health and resilience monitoring, assessment, and management Platform. The Platform will draw on causal mapping, state-of -the-art artificial intelligence and big data technologies to create targeted analytics and goal oriented Data Dashboards, and for complexity agent-based simulation and Scenario Planning. Such innovations will then be applied to the social, environmental and health challenges faced by Canadian cities.

Our research project can be understood to have two main objectives.

The first is to identify and analyze the social (we use this term to include the cultural, political and economic dimensions) and environmental dimensions of the Ebola Virus Disease (EVD) outbreaks in West Africa (Liberia, Sierra Leone) and the Democratic Republic of Congo (DRC).

The second is to use our insights from West Africa to improve existing public health response strategies in the DRC through the application of community-based initiatives.

2018-21 Co-applicant with Raktim Mitra (PI) and others, SSHRC Partnership Development Grant, StudentMoveTO: From Insight to Action on Transportation for Post-secondary Students in the GTHA, $ 199,934

We are a 3-year research and partnership program focusing on an improved understanding of the travel behaviour of 600,000 post-secondary students in the Greater Toronto and Hamilton Area (GTHA), Canada.

This program will explore transportation patterns of post-secondary students, and the potential social and environmental influences on their travel behaviour, and the effect of students’ travel on their social well-being and urban systems.

The focus of the project research was how collaboration contributes to the governance of austerity. Governments and public service leaders argue that collaboration with businesses, voluntary organisations and active citizens is essential for addressing the many challenges posed by austerity. The challenges include transforming public services to cope with cuts, changing citizen expectations and managing demand for services and enhancing the legitimacy of difficult policy decisions by involving people outside government in making them.

But at the same time, collaboration can be exclusionary. For example, if there are high levels of protest, governmental and business elites may collaborate in ways that marginalise ordinary citizens to push through unpopular policies. The challenge is to explore different ways in which collaboration works or fails in governing austerity and whether it is becoming more or less important in doing so.

In exploring these issues, Collaborative Governance under Austerity: An Eight-Case Comparative Study aims to learn something about the urban condition in and after austerity, reflecting comparatively on how cities are governed, the role played by citizens and publics and what might have changed through the years of austerity.

Next Stop: Equity – Routes to fairer transit access in the Greater Toronto and Hamilton Area is a landmark report released by CITY in February 2016, urging a call to action for transit equity, as the Province of Ontario continues to roll out a $50-billion investment in 1,200 km rapid transit across the GTHA. The report is a response to widening gaps between affordable housing and employment opportunities that have converged, in combination structural decades-long social inequities that have persisted and worsened in the urban periphery, to make transit service disparities especially severe in suburban areas. Overall, the historic lack of transit investment means many living in the “inner ring” or “905” suburbs of Toronto must either have access to a car or find a home somewhere else.

Urbanization is at the core of the global economy today. Yet, the crucial aspect of 21st century urban development is suburbanization - defined as an increase in non-central city population and economic activity, as well as urban spatial expansion. It includes all manner of peripheral growth: from the wealthy gated communities of Southern California, to the high rise-dominated suburbs of Europe and Canada, the exploding outskirts of Indian and Chinese cities, and the slums and squatter settlements in Africa and Latin America.

Suburbanism is the growing prevalence of qualitatively distinct 'suburban ways of life'. This Major Collaborative Research Initiative is the first major research project to systematically take stock of worldwide developments.

We analyze recent forms of urbanization and emerging forms of (sub)urbanism as well as the dilemmas of aging suburbanity. We broadly focus on the governance of suburbanization, that is, efforts to guide and regulate its development. It involves state, market and civil society actors and implies democratic deliberation and social conflict. The categories land, which includes housing, shelter systems, real estate, greenbelts, megaprojects, and infrastructure, including transportation, water and social services, serve as the two prime anchors upon which we hinge specific research projects. Examination of Canadian suburbanization and suburbanism will serve as a basis and comparative "control" case to understand suburbanization in the Americas, Europe, Africa and Asia.

2018 Suburban Planet: Making the World Urban from the Outside In. Cambridge: Polity.

2020 (with Samantha Biglieri and Lorenzo De Vidovich) The City as the Core of Contagion? Repositioning COVID-19 at the social and spatial periphery of urban society, Cities & Health

2020 (with Dallas Rogers and others) Sound and solidarity on the airwaves: Lessons from the 'COVID City' podcast, Tijdschrift voor economische en sociale geografie / Journal of Economic and Social Geography. DOI:10.1111/tesg.12426,

2019 The city into theory – Theory in Toronto. Contribution to review symposium on Margaret Kohn’s The Death and Life of the Urban Commonwealth, International Journal of Urban and Regional Research.

2018 Canadian Suburbia: From the Periphery of Empire to the Frontier of the Sub/Urban Century, Zeitschrift für Kanadastudien, 38, 1, Issue 68

2016 (with JP Addie) ‘It’s not going to be suburban, it’s going to be all urban’: Assembling Post-Suburbia in the Toronto and Chicago Regions, International Journal of Urban and Regional Research, 39,5 (September), 892-911.

2015 Towers in the park, bungalows in the garden: Peripheral densities, metropolitan scales and the political cultures of post-suburbia, Built Environment, 41,4:  579-596.

2015 (with JP Addie and K.Olds) “Beyond town and gown”: Higher education institutions, territoriality and the mobilization of new urban structures, Territory, Politics, Governance, 3,1: 27-50.

2014 (with D. Young) Locating the urban in-between: Tracking the urban politics of infrastructure in Toronto, International Journal of Urban and Regional Research, 38,5 (September): 1589-1608.

2019 Paved Paradise: The Suburb as Chief Artifact of the Anthropocene and Terrain of New Political Performativities, in Henrik Ernstson and Erik Swyngedouw (eds.) Interrupting the Anthropo-ob(S)cene: Political Possibilities in the Natures of Cities, Routledge

2018 (with Pierre Hamel) Toward a Comparative Global Suburbanism, In: Bernadette Hanlon and Thomas J. Vicino, eds. The Routledge Companion to the Suburbs

2017 (with Richard Harris) Globalizing cities and suburbs, in Alison Bain and Linda Peake (eds.) Urbanization in a Global Context: A Canadian Perspective. OUP, 52-69.

2016 The prospect of suburbs: rethinking the urban field on a planet of cities, in Haripriya Rangan, Mee Kam Ng, Jacquelyn Chase and Libby Porter (eds.) Insurgencies and Revolutions: Reflections on John Friedmann’s Contributions to Planning Theory and Practice, Informa.